Crush, Tear, Curl is a popular method of manufacturing Black Tea. A method in which the black tea leaves are processed through a series of cylindrical rollers to produce small, hard pellets of tea. The tea made from this method is called CTC tea or mamri tea.

The CTC process of manufacturing tea was first invented in the year 1930s by Sir William McKercher, superintendent of the Amgoorie Tea Estate in Assam. A few decades later, the process started spreading across countries but majorly in Africa. Today, most black tea produced around the world uses the CTC method.

One of the most renowned tea companies that produce some of the best CTC tea leaves is the Halmira Tea. It is a company that has been manufacturing tea for the past 100 years. The house of Halmira represents delicate, robust, mild, fragrant and various other tea leaves known to the tea lovers. As mentioned, Halmira manufactures some finest tea through the CTC method. The company owns large processing units run by experts, skilled workers and advanced machines to process the tea leaves to fit the perfect taste.

Halmira Tea with an experience of 100 years now aces in manufacturing CTC black tea. They usually follow the traditional process of 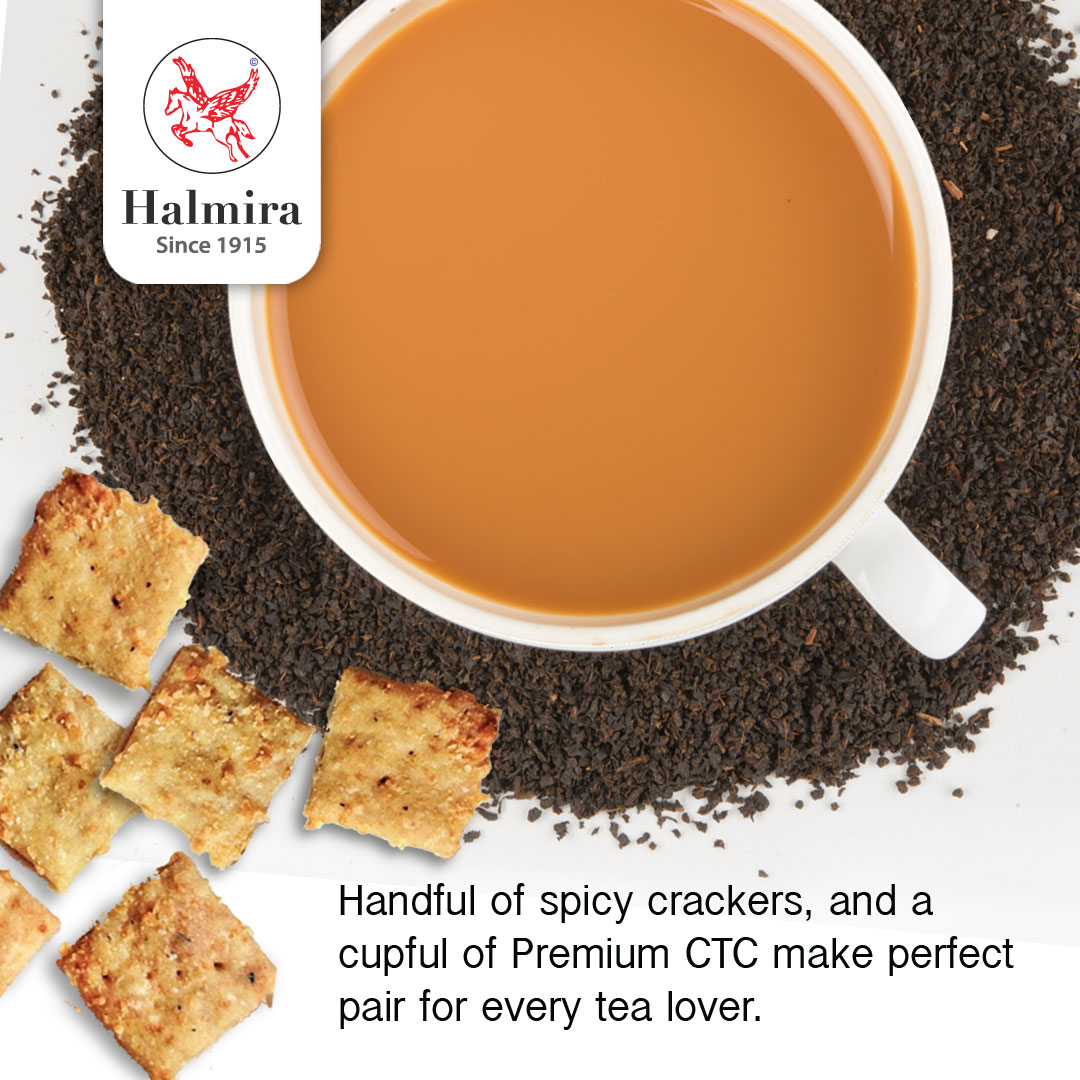 These were the basic steps behind making CTC tea after these process the granular constituents are dried and packaged. Thus we see that over 100 year halmira has been manufacturing CTC tea leaves with such finesse making them the best in the market.

But, why should we drink CTC Tea ?

The CTC tea leaves have a consistent flavor profile from one batch to the next. It produces a rich red-brown color when traditionally brewed. A common type of CTC tea is Assam CTC tea, a well-known black tea. Assam CTC tea usually steeps as a deep ruby red color with a rich, slightly bitter flavor. It is the classic black tea used to make the ever-popular Indian tea “Masala Chai” .the name Literally means mixed spice tea made from Assam CTC black tea, milk and spices. Unlike Orthodox Tea CTC tea willing to share its universal and bold taste with other ingredients like milk and lemon.

CTC black tea  has much less caffeine content than coffee therefore it makes CTC tea a better choice over coffee for an appropriate breakfast drink. Despite the caffeine content, CTC tea does not create a negative effect of caffeine in our bodies as it can be influenced at various levels including the tea leaves, the temperature of the water and brewing time. Further addition of milk and spices dilutes the caffeine content per cup making it an absolutely conducive drink.

Where to Buy CTC tea leaves?

Most Black teas are CTC tea that can be purchased at any grocery store. But if you are particularly interested in tea’s origin, product detail and a better quality tea then it is best to visit a speciality tea shop or browse online. One of the best and most reliable places to buy CTC tea online is from the website of The Halmira Tea. Here you will find the exact variations of CTC tea and at an affordable price.